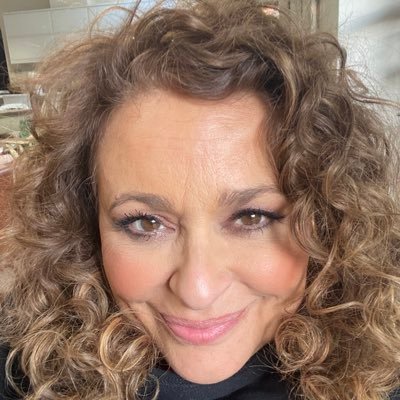 "Lies, pies and cries (for freebies)"

I was a paying subscriber on her and her husbands YT chanel for a while but I started to question things when they would promise things and not deliver. I quickly realised that they tell a lot of lies and they aren't very nice people. It was disappointing and a shock. They deliver content that is repetitive, boring and months late.
Nadia won the 1st celebrity masterchef using her sister Dinas recipes and it is clear from her cookery videos that she can't cook well. The dishes range from weird to seriously unhealthy. Who makes a lasagne fried sandwich?
The whole family swear like troopers and the house is absolutely rank. Untidy, dirty and full of crap.
Nadia frequently bares her body and her husband preaches about men being respectful to women whilst making constant lewd comments.
How in God's name they get the positive comments that they do is beyond me. They delete any comments that are negative or that call out their bad behaviour.
Basically their social media is a cover for a really nasty pair of narcissists. AVOID AT ALL COSTS.

This influencer has the cheek to fleece her followers for £1.99 a month, yet regularly fails to deliver her videos. Her comments are dangerous & sexist and her cooking is laughable, apple pie toastie anyone? Her husband is a self obsessed control freak who dismisses anyone who makes even the slightest of criticism as though they are dirt. He is also a hypocrite, he bemoans men's behaviour towards women, yet he straddled his girlfriend's mother with his naked body and regularly makes inappropriate comments about his wife. The channel is full of swearing, dirt, mess & navel gazing. They droan on and on about the same subjects and lecture subs on things like healthy eating and their "16:8" diet, which is just the latest in a long line of diets she has tried. Don't waste your time on this tripe content.

These 2 don't care what they post on SM whether it upsets their kids, parents and other family members but nobody else seems to notice. We try and call them out and nobody listens and they go on doing what they are doing, embarrassing all and sundry with abandon and sucking in the subs.
It is money, money, money all the way - the oldest daughter does not care as she is provided for for whatever she does without doing a hands turn, his mother lives in her hovel but loves the attention and (I guess) the money that is shoved her way for making content for them.
She does free Ads for her older sister as she has to do as she won Master Chef for her and was basically the author of NS books so her mouth is sealed.
Her only friend ( the one with the glasses) gets publicity from Nurse Ratchet for whatever she flogs and in return they all get more freebies. As for setting up that PO Box - it costs about £360 a year so they must be getting lots of freebies from the gullible subs as Amazon deliver to the door without a PO box No as there would be no need to keep it private from Amazon.
And so it goes on - money makes the world go around and more so in their lives.

A lot of people used to enjoy this insight into the bohemian world of bubbly Nadia off the telly, her Masterchef style cooking, large London house and exotic family and friends...until the real story emerged and you realise that you should NEVER trust what you are fed by the press and television.
Thanks to the joys of social media two highly flawed,disrespectful, not very bright, lying,greedy,jealous,narcissistic, unhappy, unfulfilled, judgemental, lazy,largely unemployed, dirty people have a platform where they preach daily to a handful of remaining viewers. Topics are generally themselves, their problems, their lies,other peoples misery,bandwagon topics,pseudo intellectual views that they blatantly get from their uneducated teenage daughter, Nadias latest doomed to fail fitness/diet fad,mixed messages,black and white politics such as Trump/tories are bad,troll hunting while slagging off easy targets and other boring one dimensional delights.
If you pay them £1.99 you may get a shout out and may be allowed to comment, if not expect to be banned, with a snidey parting remark from the unemployed cult leader himself. A man who calls talking into a self stick every day whilst wearing an expensive wacky t-shirt "his job"! A man who knows his wife struggles with housework but despite being an unemployed househusband does absolutely nothing to help. A man whose ego has taken over the channel, who thinks people care what he has to say. A man who lectures on sm about mens behaviour whilst displaying Benny Hill style, disrespectful behaviour to the women in his life. A man who goes apoplectic about a stranger looking at his daughter in real life while liking and encouraging his wife and daughter to strip off on the Internet,!?!
Meanwhile Nadia is either drunk or hungover everyday, lacks commitment, has little or no parenting, dog keeping, timekeeping skills. She has no shame in lying,assembles horrendous fried "dishes" out of packet food and calls it cooking and comes across as a woman who needs to look in the mirror and get help before it's too late.
Once you have seen the true Nadia and her slovenly family life you will never unsee it. Those "funny " digs that she makes on Loose Woman (usually about someone's appearance) before throwing her head back and fake laughing will never again appear like harmless banter.